Roberta Re' Kleinbard (left) presents Dorothy Verdone with her 2016 Unican of the Year Award.

The Greater Ramsey UNICO's biggest fundraiser of the year, Charity DiVino, was held this past October at Season's in Washington Township. Another sellout crowd (and then some!) attended the event, making it another huge success! Over $10,000 was raised to support our local charities and beneficiaries. Thank you to all who attended for your support, and a huge  thank you to Stew Leonards of Paramus for providing the many samples of wines and liquors for the evening.

It was a day of giving in the spirit of the season….on Saturday December 5th, Greater Ramsey Unico made its annual trip to The Woodlands Senior Citizen's Home in Ramsey to serve lunch to its residents. The diners enjoyed a hot meal (courtesy of Moranos), some wine and holiday music. Each attendee got to take home a boxed lunch as well. Spreading some holiday cheer and bringing smiles to their faces is what its all about!

What a fantastic evening! Great food from Seasons, great wine and beer selections from Stew Leonard's of Paramus and a great time was had by all. One of our most successful events, raising over $12,000 for our local charities!

Below, some members of the Greater Ramsey UNICO were recently honored at a Ramsey town council meeting for their dedication to UNICO and our community. Their selfless efforts earned them Volunteers of the Year Award , presented to them by Ramsey Mayor Deidre Dillon (left.) Pictured from left to right are UNICO members Diane Noto, Jeanne Famularo, Ken Marano (back row) and Donna Troop. 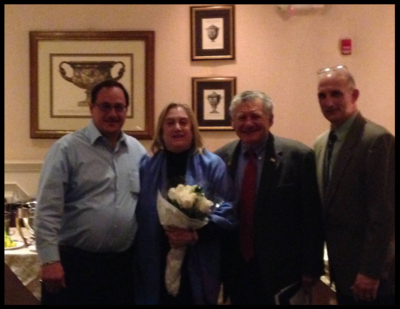 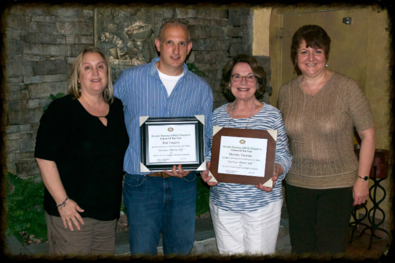 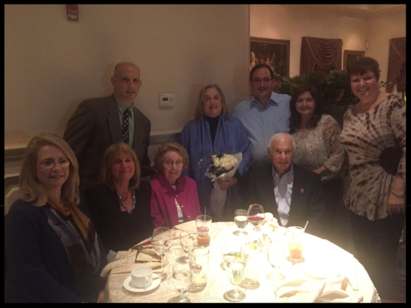 UNICO lives by the motto of Service Above Self. Each year we recognize our own for their dedication to the chapter and their community. The  Greater Ramsey UNICO is proud to honor two worthy members with this year's awards

Roberta Re' Kleinbard (left) presents Ron Targove with his  2016 Unican of the Year Award. 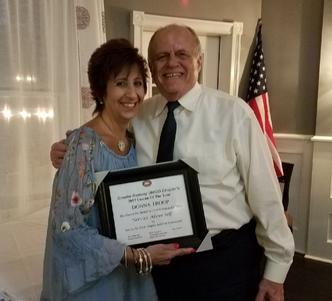 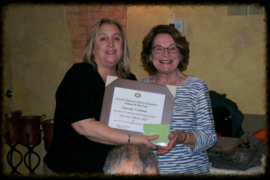 Our chapter supports several deserving charities throughout the year, including: 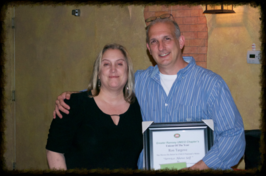